Many of us will remember Aretha Franklin as the legendary “Queen of Soul” and the woman whose music reminded all of us that we deserve respect from our partners. Her list of achievements spans genres and generations over six decades, including winning 18 Grammys and becoming the first woman to be inducted into the Rock and Roll Hall of Fame. Beyoncé, Madonna, and countless other artists have cited Franklin’s music as an inspiration to their own. 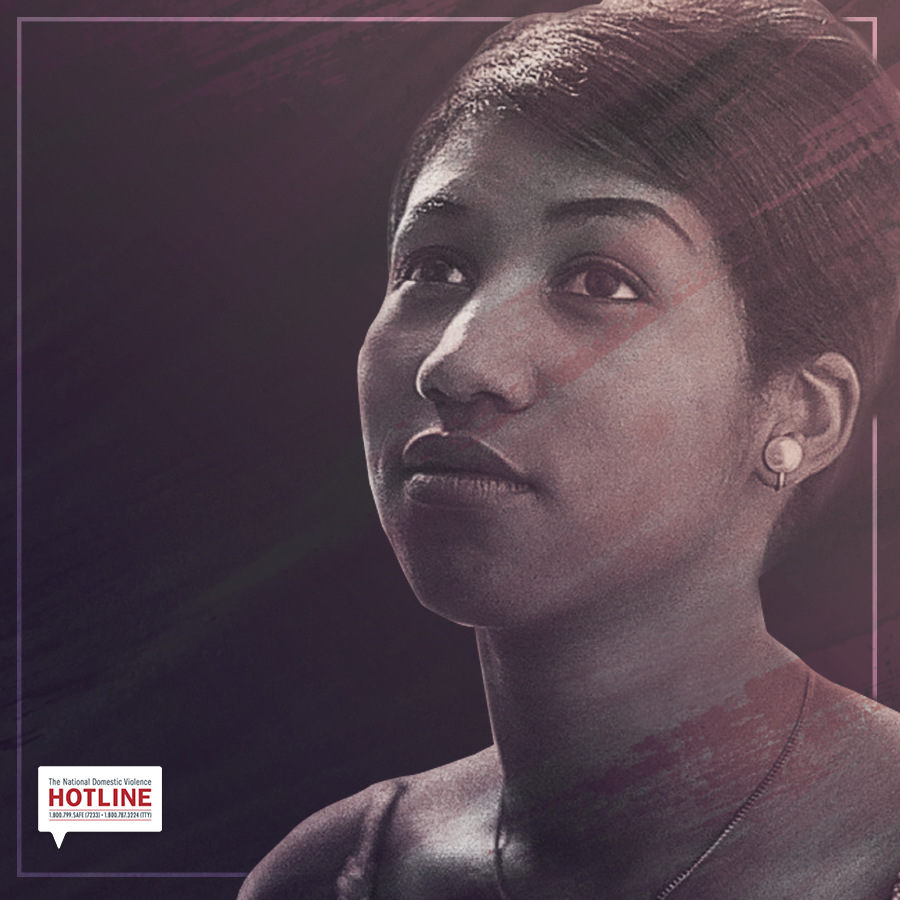 Ms. Franklin passed away on Thursday, August 16, 2018 at the age of 76 in Detroit, Michigan. She was not only a music icon, but she made a powerful impact on generations of African Americans and women. While most people are aware of Franklin’s many successes, fewer are familiar with a different aspect of Franklin’s legacy—one as a survivor of domestic violence.

Though Aretha Franklin was private about the details of her first marriage to Ted White, who was also her manager, there were reports of physical fights that left Franklin with visible bruises. White reportedly “roughed her up” more than once, including a public incident in 1967 that resulted in Franklin being banned from the hotel where it occurred, jeopardizing her ability to perform at the Southern Christian Leadership Conference’s 10th anniversary convention. But Franklin was “committed to the cause of freedom…[and] knew that her presence would make a difference,” so she snuck into the hotel to sing for two hours anyway. Gospel singer Mahalia Jackson, who was friends with Franklin, told TIME in 1968, “I don’t think she’s happy. Somebody else is making her sing the blues.”

Though we may never know all the details of Aretha Franklin’s marriage, her music still serves as a powerful support to other survivors. When she belts out, “All I’m askin’ is for a little respect when you get home…or you might walk in and find out I’m gone,” Franklin reminds us that we deserve respect from our partners—and it’s okay to leave a relationship in which you are not being respected. The lyrics to “I Never Loved a Man (The Way I Love You),” presumed by her fans to have been written about her marriage to White, tell the story of a woman whose partner treats her terribly, but she is too in love with him to leave, even though she knows the relationship will not improve. The mixed messages in these songs are themes we at The Hotline hear about all the time. It is normal for survivors to experience feelings of confusion about their situation, and even to feel love for their partner(s) despite the abuse. Leaving is not the right choice for every person or every conflict. Aretha Franklin’s music serves as an important reminder that abuse—and the emotions that come with it—is extremely complicated, and each situation is unique.

If you or someone you know is experiencing abuse, our advocates are ready to support you in finding the best options for your situation. Advocates are available 24/7/365 by phone at 1-800-799-7233 (SAFE) or via online chat by clicking the red “Chat Now” button at www.thehotline.org. If you would like to donate to The Hotline in memory of Aretha Franklin, please visit our donate page.